Your post-election analysis of the June 24 primary election falls a little short of the mark.  The Democratic and Republican candidates for governor, who will be competing in the upcoming general election, present the voters with a dismal choice. Neither Anthony Brown, the Democrat, nor Larry Hogan, the Republican, has the moral and ethical qualifications to serve as the next governor of Maryland. Keep in mind that Brown raised  at least $10 million in campaign contributions/bribes. As for Hogan, living off his father’s coattails enabled him to buy the nomination with campaign contributions/bribes.

It appears to me that come November, voters will have another excuse, once again, not to show up at the polls. I believe your failure to properly cover Ralph Jaffe’s Movement to bring about real, true ethical reform was  a tremendous disservice to your readership. You deprived readers from  receiving  a significant eye-opener into what needs to be done to start the process of getting rid of all the corruption in Maryland government; this realization might have propelled more people to cast their votes.

My most recent vote total in the 2014 gubernatorial election is 3,092.  These votes were obtained by ethical means on a specific budget of $450.

Per dollar I got more votes than  either Brown, Doug Gansler or Heather Mizeur. More importantly, though, I would not trade my votes for all of the Brown-Gansler-Mizeur votes put together because my votes were obtained using “kosher” means.  I would like to thank all of the people who had the courage to say enough is enough with corruption and let it be known it is time for ethical change. 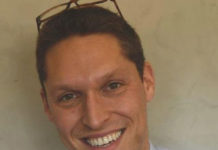 Opinion | We must speak out to overcome antisemitism