Jewish (and any non-Jewish) baseball fans know the names and achievements of Sandy Koufax and Hank Greenberg, along with their hallowed status in the greater American Jewish history books.

But they were far from the only Jewish ballplayers to make an impact on the game over the course of the 20th century.

Howard Megdal, who writes for Baseball Prospectus and extensively on women’s sports, released an updated version of his 2009 book “The Baseball Talmud: The Definitive Position-by-Position Ranking of Baseball’s Chosen Players” in May to mark the moment, we’ve highlighted five less-heralded players from its long list — all who played well before contemporary Jewish baseball stars like Alex Bregman and Max Fried were born.

They are presented here in alphabetical order (by last name), along with the years they played, the teams they played for, and their notable stats.

Nicknamed “Superjew” by an opposing minor league manager, Epstein was the premier Jewish slugger of his era. He was an All-American in college at the University of California-Berkeley and won a gold medal with the U.S. Olympic team before the Baltimore Orioles signed him for $20,000 in 1964.

Even though he played in spacious parks his entire career and never hit for a high average, he flashed home run power, hitting 19 or more homers in four seasons.

Before he tore up his knee in 1975, Maddox was considered the best defensive center fielder in the American League. He could also hit for average, hitting .304 from the beginning of 1974 until he got hurt in 1975, and showed excellent plate discipline, consistently walking more than he struck out.

Maddox, born an African American Baptist, took Judaic Studies classes at the University of Michigan and converted to Judaism before the 1974 season. He said, “I did receive an inner peace with converting. I really feel at home.”

Although he played in the minor leagues for most of his prime, Rosen made an impact in the big leagues for the Brooklyn Dodgers and New York Giants, combining high batting averages with excellent defense. Rosen started professional ball in 1932, but he stayed in Double-A for five seasons, despite hitting between .293 and .314 and playing great defense in center field. He made it to the show in 1937 and played well in part-time duty for three seasons before he was sold to Columbus in the American Association, and he stayed in the minors for four years.

In 1944, Rosen got another chance and in 1945 he took off, hitting .325 and earning an All-Star appearance. Born in Toronto to Russian immigrants, he reportedly expressed pride at being the first Canadian Jewish baseball player in the major leagues, a distinction he would hold for several decades.

Sherry came up to the big leagues as a starter but the Dodgers quickly turned him into a reliever. He posted eight solid seasons from 1959 to 1966 with the Dodgers and the Detroit Tigers, finishing with an ERA below 3.00 each year. In the 1959 World Series, Sherry won two games while pitching in relief, including the decisive sixth game, as the Dodgers overcame the Chicago White Sox.

As Dodger teammates between 1959 and 1962, Sherry and his brother Norm formed one of the few Jewish pitcher-catcher batteries in baseball history, and the first (and to this day the only) Jewish brother battery.

When Stone debuted in 1971, Larry Jansen, a Giants coach, called him “the most promising young pitcher we’ve seen since Juan Marichal came up.” In 1980, Stone put together one of the most surprising seasons in baseball history. After finishing with an ERA below 3.95 only once in the previous seven seasons, Stone went 25-7 with a 3.23 ERA for the Baltimore Orioles, winning the American League Cy Young award.

Writer Ron Fimrite, in the May 17, 1971 issue of Sports Illustrated, labeled Stone “a Jewish intellectual … who just might be a right-handed (Sandy) Koufax.” Stone would go on to become a longtime TV commentator for the Chicago Cubs and later the Chicago White Sox. 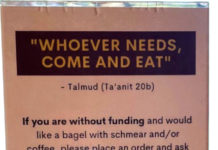