Purim and my birthday fall on the same week this year, and I’ll be celebrating these two occasions with a special Seudah (festive meal). As the story of Purim commemorates the survival of the Jewish people in the Persian Empire from extermination, it’s only fitting that I’ll be indulging in this rice dish, which was inspired by several recipes and fond memories.

Many years ago, I was introduced to Persian rice by a former Iranian co-worker whose words and actions exemplify a genuine human being. Her kind offer marked the beginning of many invitations to b’nai mitzvah and weddings in the Iranian community, where I was able to taste a crunchy Tahdig, jeweled rice with dried fruits and nuts and pilaf cooked in broth.

One may think that there are no substitutions for these authentic dishes, which their crispy and fluffy textures are acquired by specialized cooking techniques and expertise. However, while it’s not very laborious to recreate these dishes, I decided to experiment and adapt them to my vegan lifestyle. As a result, this modified version proved to be worthwhile.

The following describes the changes that I made in my attempt to customize a mixed version of the jeweled rice and pilaf. First, I need to indicate that I used brown basmati rice; therefore, cooking time and liquid amount were increased. Additionally, the traditional jeweled rice tends to be boiled for a few minutes before being cooked in oil with saffron infused water and an orange zest/carrot mixture. Instead, I omitted the sugar, butter, barberries, orange zest and carrots and replaced them with olive oil and cranberries. And the cooking method was modified, as I’m using vegetable broth and not water.

Preheat oven to 350 F. Place raw almonds and pistachios on a baking sheet in a single layer. Toast for about 3 minutes or until lightly browned. Make sure to check the nuts, as they can burn quickly. Remove the nuts from the oven; let cool. Chop the pistachios finely or roughly; set aside. If you already have toasted sliced almonds, just cut the pistachios.

Wash the rice a few times until the water runs clear. In a medium saucepan, bring the drained rice, saffron, salt and vegetable broth to a boil over medium-high heat with the lid on. Turn the heat down to low and let it cook for 45 minutes. (I cover the lid of my pan with a kitchen towel.) Remove pan from heat and let it sit for 10 minutes.

Meanwhile, heat 1 tablespoon olive oil in a skillet over medium heat. Cook the onion while stirring constantly for about 5 minutes or until it begins to brown. Add ground turmeric, cumin, cinnamon, cardamom, and black pepper. Reduce heat to low and add another tablespoon of olive oil. Stir in the chopped apricots, chopped cranberries, and raisins. After about 2 minutes, saute the almonds and pistachios for 1 minute. Sprinkle salt to taste.

Combine the fruits and nuts with the rice. Finally, drizzle the last tablespoon of oil on the rice and mix well.

Ilana Meiller was born in Israel and works as a school-based mental health professional in Baltimore County. 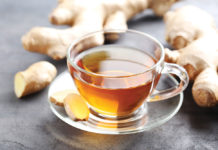