For nearly a decade, Towson University Hillel has been a part of Leora Match’s life.

Match, 26, is originally from Harrisburg, Pa. She attended Towson University, where she studied speech pathology. During her first week of college, she went to a Shabbat at Towson Hillel. To this day, she maintains friendships with people she attended that Shabbat with, many of whom still live in Baltimore.

After graduation, she joined AmeriCorps and spent two years as a literacy tutor in a Baltimore City school and as a keyboardist and vocalist for a touring indie band, Patchwork Fools. She spent a summer with Urban Adamah, an urban farm in California, and then returned to Towson Hillel, this time as program director.

Match is also a fellow at The Darrell D. Friedman Institute for Professional Development at the Weinberg Center, which provides professional development for Jewish community professionals and lay leaders.

When you first started at Towson University, how did you get involved with Hillel?

A bunch of my friends, who I had met through orientation, we all decided to go to Shabbat together the very first week. This is actually a crazy story. There were a lot of us who went to the first Shabbat freshman year. A lot of us were from out of state, but after meeting at Hillel and building these beautiful friendships, we all decided to stay in Baltimore after graduating. Many of us, to this day, still work in the Jewish community and live in Baltimore and are very close friends.

What role did Hillel play in building those relationships?

Hillel gave us a space to all hang out together and express our Judaism in ways that were comfortable and let us explore together. We would do Shabbat dinner together almost every week. We started our own Shabbat programming. Towson Hillel enabled us to start this musical Shabbat program, which was what really fomented our friend group, just doing Shabbat together every week. There were so many different programs that we would all go to together.

After graduating, we all felt so connected, and Towson Hillel had the pipeline of Hillel experiences into Jewish jobs in the community, so a lot of us got Jewish communal jobs then as well. Those who weren’t [working] in the Jewish community after college stayed involved through Moishe House and JTAA, the Jewish Tigers Alumni Alliance, and just by having each other over for Shabbat dinner at our respective places.

What do you do as program director at Towson Hillel?

I mostly work with student leaders. I empower them to facilitate meaningful programming and support them however I can to produce high-quality content. I also design rituals and help mark holidays in creative and impactful ways.

What is your proudest accomplishment as program director?

Our Homing Shabbat Innovation Program — for which we trained student leaders to host their own discussion-based Shabbat dinners, which won us the Joseph Meyerhoff Award through Hillel International — is my proudest accomplishment. It was definitely a team effort, and I’m so pleased that it was recognized by Hillel International.

Are you involved in the Baltimore Jewish community outside of Towson Hillel?

For sure. My housemates used to be Moishe House Without Walls hosts. I actually lived with three other graduates of Towson University, all of whom I met that first Shabbat. After we graduated, we actually lived together, and we tried to be a Jewish communal hub. We would often host Shabbat dinners or holiday gatherings or jam sessions or Havdalahs. We really tried to be a hub of Jewish community.

I also love spending time at Pearlstone. I have a lot of close friends who work there and feel very connected to their work in earth-based Judaism.

You Should Know … Ilana Kornblatt 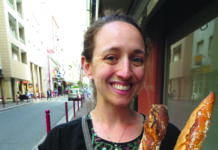 You Should Know … Julia Caplan 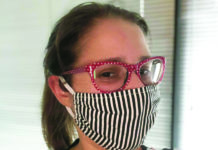 You Should Know … Nadine Simpson